Did you know that the Black Mountain Druid Order offers a FREE course in Foundational Druidry as practiced by our Order?
Click here to learn more.

Næss didn’t think that organisms could be ranked in terms of their importance. He believed that humankind saw itself as the pinnacle of evolution only because it is humans who do the ranking. While we think that we are the height of civilization and intelligence, could it possibly be that other organisms are ahead of us in this regard? Most organisms eventually find a state of equilibrium with their environment, living in harmony with their respective biospheres, but the human race tends to overwhelm and destroy the environment in which it lives.

Our religious underpinnings define humans as superior to other beings because we have souls; however, who is to say that animals don’t? Even the word animal comes from the Latin word for soul.

We also tend to think that we are the only beings who have consciousness and self-awareness, but we’re the ones who define what those phrases mean. A lot of recent research, especially work by scientists like Jane Goodall and Franz de Waal, would seem to indicate that some of the higher primates have a measure of self-awareness and consciousness.

Author and humorist Douglas Adams said that humans feel themselves superior to dolphins because all dolphins do all day is swim and play in the ocean, and dolphins feel themselves superior to humans for exactly the same reason. Næss said that, “the right of all forms [of life] to live is a universal right which cannot be quantified. No single species of living being has more of this particular right to live and unfold than any other species.”

What this means is that humankind is not separate from nature, and our personal philosophies should not reflect the idea that we are somehow “above” nature or superior to it.

Taking this broader view of the world around us, we can see that sustainable living is more than just the things we do. It is a philosophy of life. If we learn to respect nature, maybe even to hold all living things as sacred in some way, then our lives and our actions will automatically fall in line with deeper ecological principles.

Deep Ecology is about making a paradigm shift towards a way of life that is in harmony with nature. If we view ourselves as somehow separate from nature, then green living seems to be just another task to accomplish in our list of daily activities, but if we see ourselves as a part of nature, then it becomes apparent that what we do to nature, we are ultimately doing to ourselves as well.

Green living is more than just a sound principle. It should be a way of life. Deep Ecology is the philosophy that, if adopted, will allow us as a society to make the paradigm shift necessary to live in harmony with nature.

Towards this end, the Deep Ecology Platform was drafted by Arne Næss and George Sessions in 1984. Its principles are as follows:

The principles of Deep Ecology are reflected in the First Sacred Pillar of the Black Mountain Druid Order : Reverence for life and all living things. In this chapter we will explore how Deep Ecology relates to the path of the Druid.

In the 1960s, James Lovelock was a research scientist at NASA. He worked with models designed to detect signs of life on Mars. As a result of his work, he became interested in how the geo-biosphere of Earth maintained its equilibrium. Lovelock noticed that all the complex interrelated systems of the Earth worked together to maintain a type of homeostasis. Lovelock’s observations led him to formulate the Gaia Hypothesis.

The Way of the Druid takes the Gaia Hypothesis one step further in that it views the mental, physical and spiritual health of all of humankind as a part of the geo-ecosystem that is the living planet we call Earth. If all life on Earth is interrelated, and human beings certainly are a type of life on Earth, then what happens to the rest of the planet affects us all. Druids recognize that not only does the environment impact our physical health, but it also has a direct influence on our mental health and our spiritual health. While artificial, stressful, polluted environments have the power to harm, nature has the power to heal.

Druids realize that everything is connected to everything else. We interact with the environment, and the environment interacts with us. For those who know how to listen, the wind in the trees can sing to us. The view of a mountain range or a moonlit ocean can tell a story. The smell of the first flowers of spring can speak just as clearly as a loved one’s voice can. On the other hand, a crowded, polluted city street can communicate as well. If we could make a paradigm shift to a lifestyle that makes room for nature, what would that do to our sense of wellbeing? This ability of nature to transform lives is the essence of The Way of the Druid.

The Earth upon which we live has been worshipped as a Goddess for much of the history of humankind. The link between the powers of procreation and the Earth is obvious to hunter/gatherers or agrarian societies. Food seems to magically appear from the ground each year, just as mothers bring forth new life from within their wombs. Linking this creative power would only naturally lead to the idea of Earth as Goddess.

Until recently, the oldest known depiction of the Mother Earth Goddess was the Venus of Willendorf. This statuette, found in Austria, depicts a nude Rubenesque woman, devoid of facial features. Her lack of facial characteristics means that she could represent any woman anywhere. The Venus of Willendorf is believed to be around 20,000 to 25,000 years old! This would mean that Goddess worship is at least 20,000 years old. This was the oldest known depiction of the Goddess until fairly recently. Two statuettes similar in form and appearance to the Venus of Willendorf were recently discovered. These are known as the Venus of Tan Tan and the Venus of Berekhat Ram. These are both controversial in that they may be actual carved statues, or they just may be natural rocks that give the appearance of being carved into a Goddess form. If they turn out to be hand-carved, this would mean that Goddess worship is between 200,000 and 300,000 years old! If true, it would mean that Goddess worship is almost as old as the human race!

At any rate, worship of the Goddess has been with us far longer than most other religious paths. In the Black Mountain Druid Order, the Goddess symbolizes the living organism that is our planet and Mother to us all.

Sustainable living means living a lifestyle that relies on renewable resources rather than on resources that will eventually be depleted. The ultimate goal of sustainability is to replace at least as many resources as we use by either recycling or replenishing the ones we’ve harvested.

When I speak to children’s groups about the topic, I have a demonstration that I use to illustrate the principle of sustainability. I pass around a cookie jar and tell each class member to take a cookie. Beforehand I have made certain that there are only enough cookies for half of the class. When the cookies run out, I say, “Uh oh, we seem to have run out of cookies. How could we make sure that the rest of the class gets a cookie?” Of course, the answer is to put some more cookies in the jar. That’s the principle of sustainability in a nutshell: putting some cookies back in the jar for others and for future generations.

A totally sustainable life cycle would be one that relies on nothing but renewable resources. By replacing at least as much as we take out of the environment, we complete the circle for ourselves and for future generations.

In short, living sustainably means putting the principles of deep ecology to work in our everyday lives by honoring the Earth, our Mother, and by honoring all of the creatures with which we share the planet. This includes honoring ourselves, our children, and future generations by leaving them a planet at least as sustainable as the one we inherited from our own ancestors.

Our modern lifestyle has led most of us so far away from nature that we no longer know where most of our food comes from, or where the water we drink comes from, or where our trash goes when we toss it out. I know that a lot of people will continue to think that sustainability is a nice idea, but too much trouble to bother with right now. I know that some others may make a few changes here and there where it’s convenient. I suppose that a little change is better than no change at all. People who are willing to make even small changes are to be congratulated for their effort, don’t misunderstand me. But the problems we’re going to be facing soon will require massive change. People who are visionary enough to be the pioneers, to make the big changes and take the big risks, must lead the way for the rest of us. I believe that Druids will be at the forefront of this revolution, simply because of the nature of The Way of the Druid.

The human race evolved in the wild and we’ve only been “civilized” for a few centuries. There is something in us that needs nature. Even New York City, one of the most urban environments on the planet, has its own patch of nature called Central Park. Clearly even the most urbanized among us still have a need for the wilderness. I know that the vast majority of us can’t hang up civilization, move to the country and become farmers, but I do recognize the need we all have to experience nature in some way, even if it means just adding a few houseplants in the living room or putting on a recording of birds singing in a rainforest. It’s up to you to decide how many changes you can make in your own living space and lifestyle. Even small changes can add up to a big difference if enough people make them. 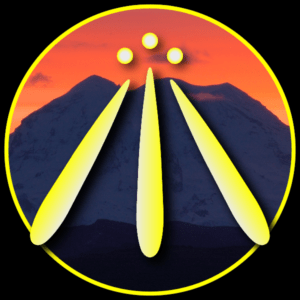