I don’t recall ever having what I’d call a spiritual experience within the confines of a church, but when I stepped into the woods, I felt alive! I could sense that I was a part of something greater, and it was a part of me. I don’t know if nature has this effect on everyone, but I imagine that taking part in what the natural world has to offer has a beneficial effect for most people at some level. I’d like to tell a personal story to illustrate what I mean.

Years ago, my ex-wife and I had purchased some land with the intent of creating our dream home. We started having marital troubles before we could start building the house. When we separated, she got the house we’d been living in up until that time and I got the new parcel of land we’d just purchased. It was in a fairly remote location, full of old-growth hardwoods with a creek at the back of the property, nestled in the foothills of the Appalachians.

Needless to say I was upset at the separation and impending divorce. I felt cast adrift emotionally and spiritually. I suppose I could have found an apartment somewhere, or I could have rented a small house, but somehow that decision just didn’t feel right. Then one day I was out walking one day on the three-acre patch of woods that now belonged to me. The creek on the property was an ample fresh water source, and there were wild berries and nuts in abundance, in season. There was a place to plant a garden and a beautiful, level patch of land in a clearing in the woods. I decided that I needed some time to sort things out, and I knew I wouldn’t get the chance by plunging back into the rat race. Then and there I made a decision.

Back then, before the government got involved in what you could build on your own land with your own money, you could still make a home using natural materials like clay, sand, straw, and wood. So I emptied out my humble savings account and built a little 8-foot by 12-foot cabin with a small deck out front. I also built a shower stall. My shower consisted of a five-gallon plastic bag with a nozzle on the end. I filled this up every evening and placed it out on the roof to catch the morning sun. Then I’d hang it in the shower stall after the water had heated to a tolerable level. Sometimes, on warm days later that spring, I’d just skip the shower and bathe in the creek. My bed was a hammock fastened to the walls of the cabin. I had a lantern, a collection of books, a sketchpad or two, and a deck chair. I also had my guitar and a battery-operated radio. I settled into life in my little cabin in the woods in order to prepare myself for whatever lesson life was about to teach me. I moved into the cabin in February. By that spring I had a nice variety of vegetables in the garden. These kept me fed, along with a few staples I bought from the grocer in the nearby town. I had fresh water from the creek. When I cooked I had a hibachi fueled with hickory deadfall. It wasn’t a banquet, but it’s probably the healthiest diet I’d ever eaten. After a while I didn’t miss the meat that much.

I found that after a month or two of living this wilderness existence, my perceptions about the world around me took on new meanings. The clocks, calendars and schedules of the 9 to 5 world melted away and I became attuned to the rhythms of the woods. I had no place to be and no time to be there. The wildlife was at first shy of me, but after they saw that I meant them no harm they accepted me and I accepted them. That spring I came home from one of my walks in the woods to discover that a mother sparrow had built a nest on the shelf inside my shack. As I got ready for bed she poked her head out and glanced at me. When she saw that I was no threat, she settled back in and lived there until her hatchlings grew up and left the nest. I’d greet her every morning and she’d answer back with a song.

I was living in an unheated, un-air-conditioned shack out in the woods, with no indoor plumbing and no electricity, yet it was one of the most enjoyable times in my life. I awoke in the mornings on the weekends to sell my arts and crafts at a local craft market. I had a battery-powered alarm clock to wake me on those days, but it soon became unnecessary. A woodpecker took up residence in a tree near my cabin and every morning his breakfast foraging woke me up. In the evenings I’d sit on the deck and play my guitar by torchlight while my supper cooked on the hibachi. A skunk soon became a regular visitor. At first I worried about getting sprayed by him, but apparently he just came to listen to the music. He’d sit a few feet away, listening to my guitar, and then he’d go off upon his nightly rounds. He sometimes shared my evening leftovers with a family of opossums who also visited on occasion.

I gradually became accepted into the woodland community. At first I was amazed at how the animals showed no fear of me once they discovered that I was not a threat. It was then that I came to understand that for some reason humankind has set itself apart from nature by creating a barrier between ‘us’ and ‘them’ that doesn’t actually exist. By accepting nature as a part of us, we open the door for nature to accept us as a part of it. By treating nature as a respected family member instead of as an adversary to be conquered, we partake in the circle of life as partners, and as family.

Eventually the heat of the day and the chill of the night on those first days of spring no longer bothered me. As I became accustomed to the changes in temperature I found that I barely noticed them at all. I had become completely attuned to my wilderness home. The forest had embraced me.

After a month or two of living apart from the rat race, my way of thinking about the world changed. I saw it as one complete living system, and not divided into pieces the way we see it in modern society. I was part of nature and it was part of me. To think of myself as separate from nature seemed to be a delusion in the highest degree.

I remember one night in particular. The full moon was rising over the distant mountains while I sat and played my guitar. The animals gathered around for the nightly concert. As I played, an owl landed in a tree directly above me. It looked me in the eye and communicated to me a feeling of peace and oneness that words cannot describe. I heard the crickets singing. I was aware of the tiny field mice scurrying through the grasses. I watched bats chase their supper in the light of my campfire. Everywhere the night creatures were communicating the joy of existence, and I was there with them, feeling it, being it and living it. It was the most spiritual night of my life.

Maybe I’m trying to describe the indescribable. As Lao Tzu said, “The Way that can be spoken of is not the Way.” I know that such a spiritual experience is beyond the ability of words to express. I also know from my experience in the woods that in hiding from the natural world in our cocoons of concrete and steel, we’ve forsaken the better part of ourselves. There is a part of nature that would speak to us, but its voice far too often falls on deaf ears. We need to remember how to listen. The great hunger for spiritual things that can be found nowadays in many cultures throughout the world could be satisfied if we returned to our source. It’s not as difficult as it seems, and the sacrifices aren’t as hard as they would appear. If this world of trinkets and baubles we’ve built for ourselves is blocking out the melody of nature, and nature’s voice is the key to true happiness, what have we lost if we cast off this lie of ‘more stuff?’

As I said earlier, I’m not suggesting that everyone run off and find a cave…or a shack…in the woods. Eventually I had to return to the ‘real world.’ I put the divorce behind me, moved to the suburbs of a small city, and later married a wonderful woman who’s been with me ever since. I don’t know if I could have stayed in the woods for the rest of my life. I’m not sure if I would have wanted to, even if it were possible. I do know that although that time was over two decades ago now, I still look back fondly on it. All of the years of my life spent living in ‘civilization’ haven’t been as happy overall as the few months I spent in the woods, learning about myself and my place in the world. It was my forty days in the wilderness, and it prepared me for life at a deeper, more spiritual level. 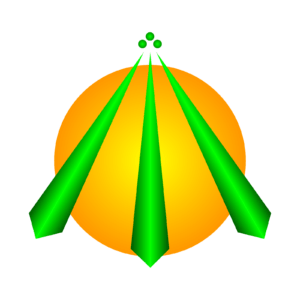